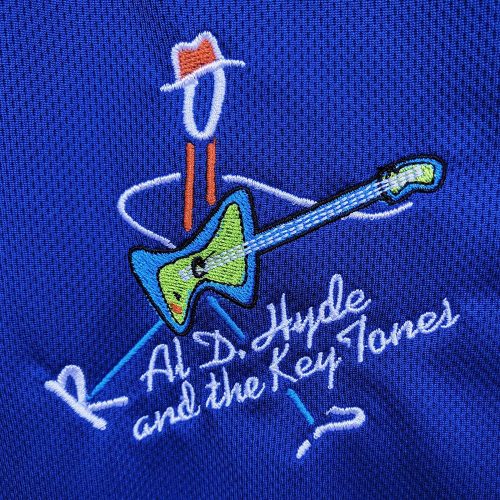 On Wednesday evening July 22, 2020 at the 26th BCCE will be a special outdoor venue performance by “Al D. Hyde and the Key Tones”. This band of chemical educators has been performing at the ACS Biennial Conference on Chemical Education since 2004 helping to anchor one of the major chemistry education social events of the year. The band plays an eclectic and electric mix of dance music from classic rock, rock and soul, surf and pop genres. The band features an eight-member horn section. Their high-energy performances have been a favorite at the BCCE conferences and we are sure you will find the band exciting and engaging. All band members volunteer their time and talent as musicians and singers. The band members are not giving up their day jobs to tour, but they do manage to surprise quite a few people. You will probably see several of the band members around the conference as they can be found presenting papers and serving as presiders of symposia sessions.

The band will play two sets. There is no charge and there will be a dance floor. Please take the time from your busy schedule to attend this social event, even if only for a few minutes. Say hello to the band members. Or, be part of the tradition and buy one of the drummers a beer. The forecast is for no rain on Wednesday July 22, 2020 in Corvallis, Oregon so it should be a great, warm summer evening concert.

During the show the band members really enjoy and appreciate the support you have given us through the years. We love seeing everyone out on the dance floor. We need you singing the choruses of the songs. The energy you send back to the band is, in a word, incredible.

As a bit of history, ADHKT fans do not seem to leave the dance floor until the band plays covers of the B52’s “Love Shack” and the Isley Brothers “Shout”. “Shout” is one of the hit songs performed by Otis Day and the Knights from “National Lampoon’s Animal House” (1978) during the famous Toga Party scene. “Animal House” was filmed mostly on the campus of the University of Oregon and around Eugene. “Shout” is also sung at the end of the third quarter at every home football game and home basketball game for the Oregon Ducks. This will be interesting singing this song on the campus of Oregon State University since the Ducks and Beavers are rivals.

The band members also have a big advanced thank you for the chemistry educators who volunteer some time on Wednesday at noon to help pack-up, load and move the band’s considerable amount of equipment and instruments from the practice room to the site of the performance. Volunteers also help pack-up the equipment and load the equipment into the truck and vans at the end of the show. The first four volunteer ADHKT roadies will receive a free ADHKT band shirt with “Official ADHKT Roadie” stenciled on the shirt – a rock and roll collector’s dream come true.

The performance of ADHKT in Corvallis will be the last for a few members of the band as they are retiring. In honor of this occasion, for the first time, 26th BCCE participants will have the option of purchasing color-coded ADHKT band member shirts. During the social, you can have your photo taken with a cardboard cutout of the sub-section of the band. As an extra feature, the ADHKT guitar players will be handing out free guitar picks during the show! Last but not least, one of the ADHKT band members will be turning 70 years young in August 2020. There will be a lottery drawing among the 26th BCCE participants to have a slice of birthday and ADHKT retirement cake.

We are asking you to make a special effort to stay at the BCCE through Wednesday night. Relax, mingle with your colleagues and get set to tap your toes, dance and sing along to hits from the 60’s, 70’s, 80’s and 90’s. Starting at 6:30pm on Wednesday evening BCCE participants can enjoy one complimentary adult beverage, complimentary hors d’oeuvres and a cash bar outdoors in Parker Plaza next to Reser Football Stadium. Yes! Chemical educators can dance! The ‘Dancing Dinosaurs’ will make an appearance. Fun!

Call for Musicians and Singers

“Al D. Hyde and the Key Tones” is a classic rock and roll band consisting of chemical educators who have been performing at each of the ACS Biennial Conference on Chemical Education since 2004. We are always looking for new talent to join us, and we are presenting this open call for musicians who are interested in connecting with us. As you probably know, the band plays a mix of dance music from classic rock, soul and pop genres. Our instrumentation includes guitars, bass, keyboards, drums, vocals, brass and saxophones, with the occasional violin, harmonica and even flute. Some of the band members are as old as Keith Richards and are looking at retirement. So we really do need you to inquire right away – do not hesitate.

If you can play a musical instrument, and/or sing and harmonize with others, and would like to become a part of the Al D. Hyde family and perform at the 26th Biennial Conference on Chemical Education at Oregon State University, Corvallis, Oregon we would like to hear from you. Just email us at [email protected] by March 1, 2020 (sooner is better), so that we can respond, communicate and get you into the loop. And be sure to tell us something about your musical interests and experience!

ADHKT members have had a variety of musical experience. Some of the ADHKT band members were part of their school’s marching band, some were in garage bands, some are still playing local gigs and at least two are still taking lessons. Early in January, the leadership of the band painstakingly selects and reviews the 36 songs we need to practice. Musical scores are provided when we can do so. Instruction on how to play your part or how to sing your part can be provided. All band members need to practice their parts for the songs before coming to Corvallis. Rehearsals run every evening from Saturday through Tuesday night, with the first full band rehearsal taking place Sunday evening. On Wednesday afternoon, there is a one- to two-hour sound-check for the entire band before the show with the professional sound technicians. All band members need to be present at the venue at 6:30pm and the show starts at 7pm. The band plays two sets. Holding true to the tradition of touring rock and roll bands, ADHKT band members, spouses and significant others gather at a local restaurant after the show for a reception, band photo and late evening dinner.

If you have musical talent and are interested in learning more about ADHKT and want to review a list of some of the songs ADHKT has performed over the past 20 years, please contact us.